Journalism students should not do journalism by being emotional – Vice Chancellor Prof. K.G. Suresh

Journalism students should not do journalism by being emotional – Vice Chancellor Prof. K.G. Suresh

The more you read, the better  journalist  you will become- Dr. Vikas Dave

We are the data – Prof. Umesh Arya

Content is the real hero of the documentary – Vijay S.Jodha

Bhopal, 09 December, 2021: Journalism students should not do journalism by being emotional and the language of journalism  should be simple.  Speaking on media, journalism and literature, Vice Chancellor Prof. K.G Suresh said that the language of journalism should not have aggression and hysteria, rather  it should be the language of restraint. On the last day of the orientation program, Uday Mahurkar, Central Information Commissioner, Prof. Umesh Arya, the Dean of Media Studies, Guru Jambheshwar University, Hisar, Dr. Vikas Dave, Director of Madhya Pradesh Sahitya Akademi, Vijay S.Jodha, Director of Film and Photography Center for Social Communication and Change, expressed their views. On this occasion Vice Chancellor Prof. Suresh also announced three   awards and medals. The book “Pankh Ek Nai Udaan”  written by Kumar Shivam,  a student of the university was also released. In the orientation program, the convener of the program and Head of Department of Journalism Dr. Rakhi Tiwari, Registrar Prof. Avinash Vajpayee, Mentor of all the three centers, Dr. Manikanthan Nair, Heads of Departments, teachers and students of various departments were present.

Dean, Department of Media Studies, Guru Jambheshwar University, Hisar, Prof. Umesh Arya expressed his views in the first session as the keynote speaker on the topic “Data is the New Oil”. He said that tech companies are amongst the top companies today and   data has a lot of value and companies are earning billions from it. All companies are seeking consumer’s attention. Social Media companies develop a psychological model of users on the basis of their posts through algorithms. Social media sites must be used with great caution and we should become sensitive about the data we generate. We are getting lost in the data and we are suffering from information overload. The session was conducted by the Head of the Department of Computer and Application, Prof.  Chaitanya Agarwal.

In the second session of the Orientation, Dr. Vikas Dave, Director of Madhya Pradesh Sahitya Akademi, expressed his views on “Media, Journalism and Literature”. Literary language was used in journalism in the past but today very few newspapers and magazines are promoting literature. Language of journalism should be simple and easy to understand but it should also include literature. The words have been erased from journalism on the account of being difficult. Dr. Dave advised the students to inculcate reading habit as it will improve their language and expression. Expressing concern over the purity and decorum in journalism, he asked the students to refrain from putting their views as news. The session was coordinated by Dr. Aarti Sarang, Head of the Department of Library.

Vijay S. Jodha, Director, Film and Photography Center for Social Communication and Change was the keynote speaker for the third session and he expressed his views on the topic “Art of Documentary”. He said that there are two types of films, fiction and non-fiction including documentaries, corporate films and reality shows.  Talking about documentary he said that content is the real hero of the documentary and  most of the documentaries in India are research based and made very meticulously but sometimes they lack in form. He also highlighted the importance of hard work and immense career prospects in documentary making. The session was coordinated by Asst. Prof. Sandeep Bhatt.
The country’s Central Information Commissioner, Uday Mahurkar, while expressing his views on the topic “RTI, A Tool for Citizen Empowerment”, described the Right to Information Act as very powerful tool for democracy. He said that the Right to Information Act has created  a sense of fear in politics and bureaucracy. The fear of RTI is spreading amongst those who are involved in corrupt practices. He said that transparency has increased and corruption has decreased after its introduction. He also described how this act is helpful for the government and said that it acts as radar. Shri Mahurkar called the Right to Information Act the most unique act in the history of independence. The concluding session was coordinated by Prof. (Dr) Avinash Bajpai, Registrar of the University. 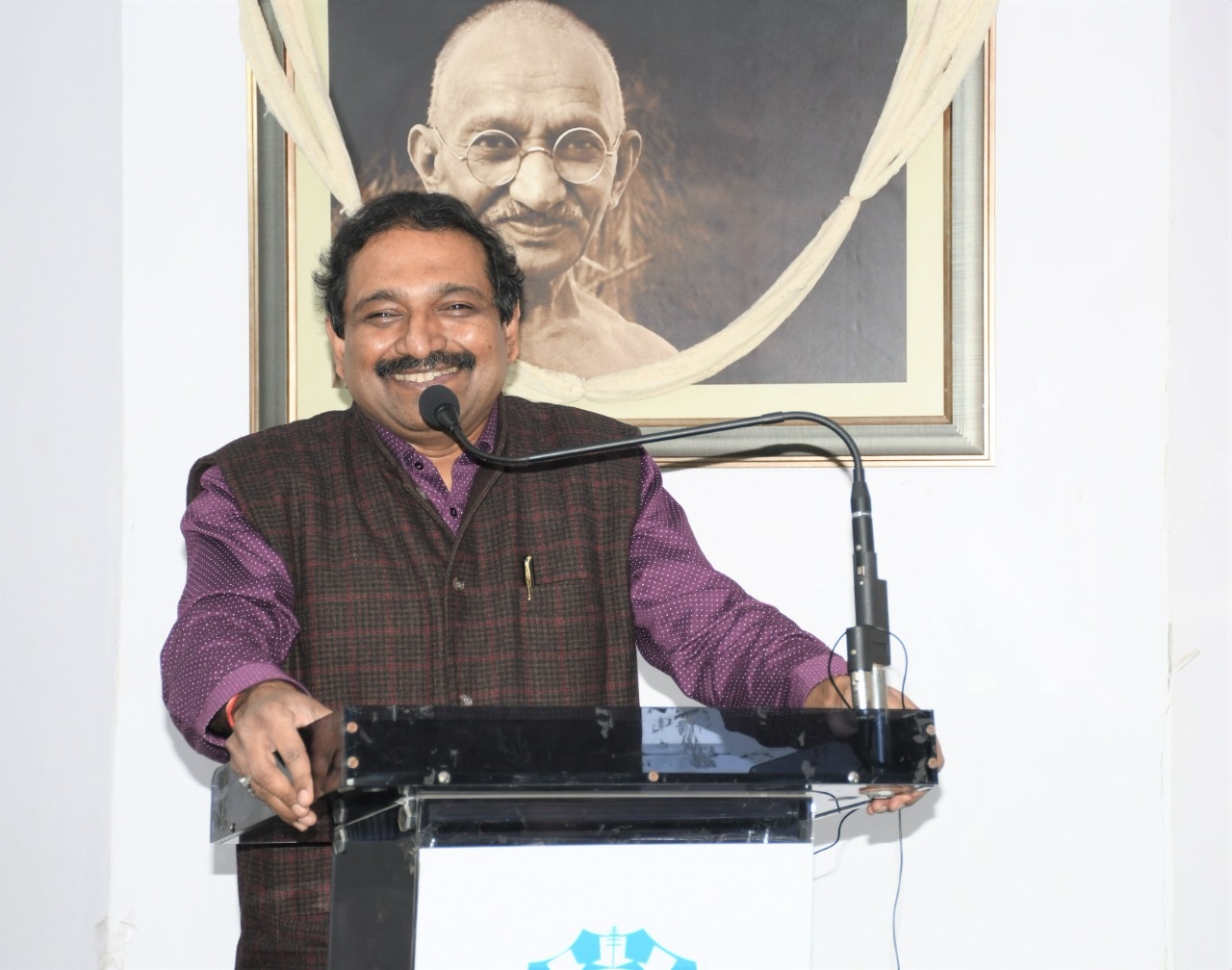 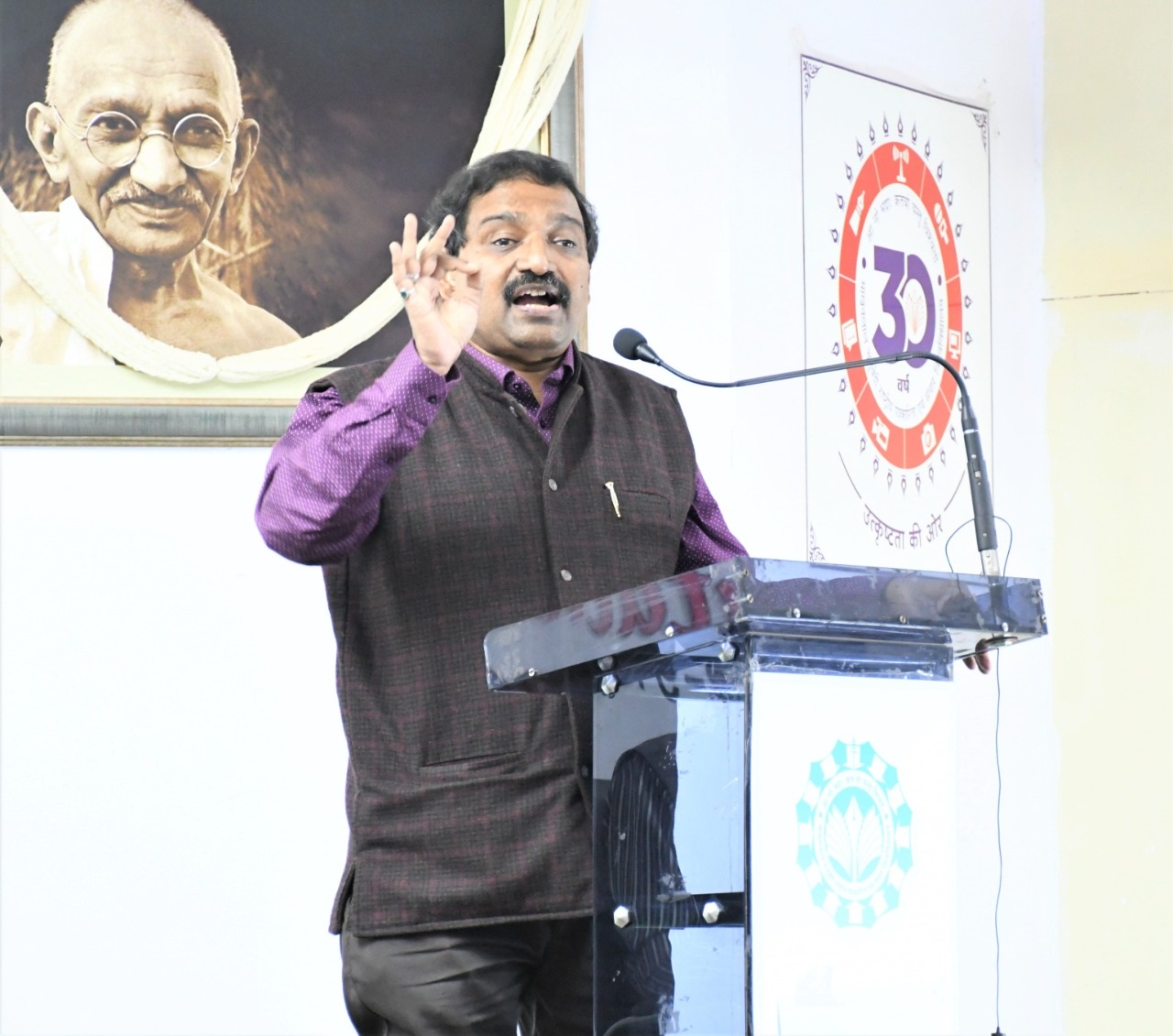 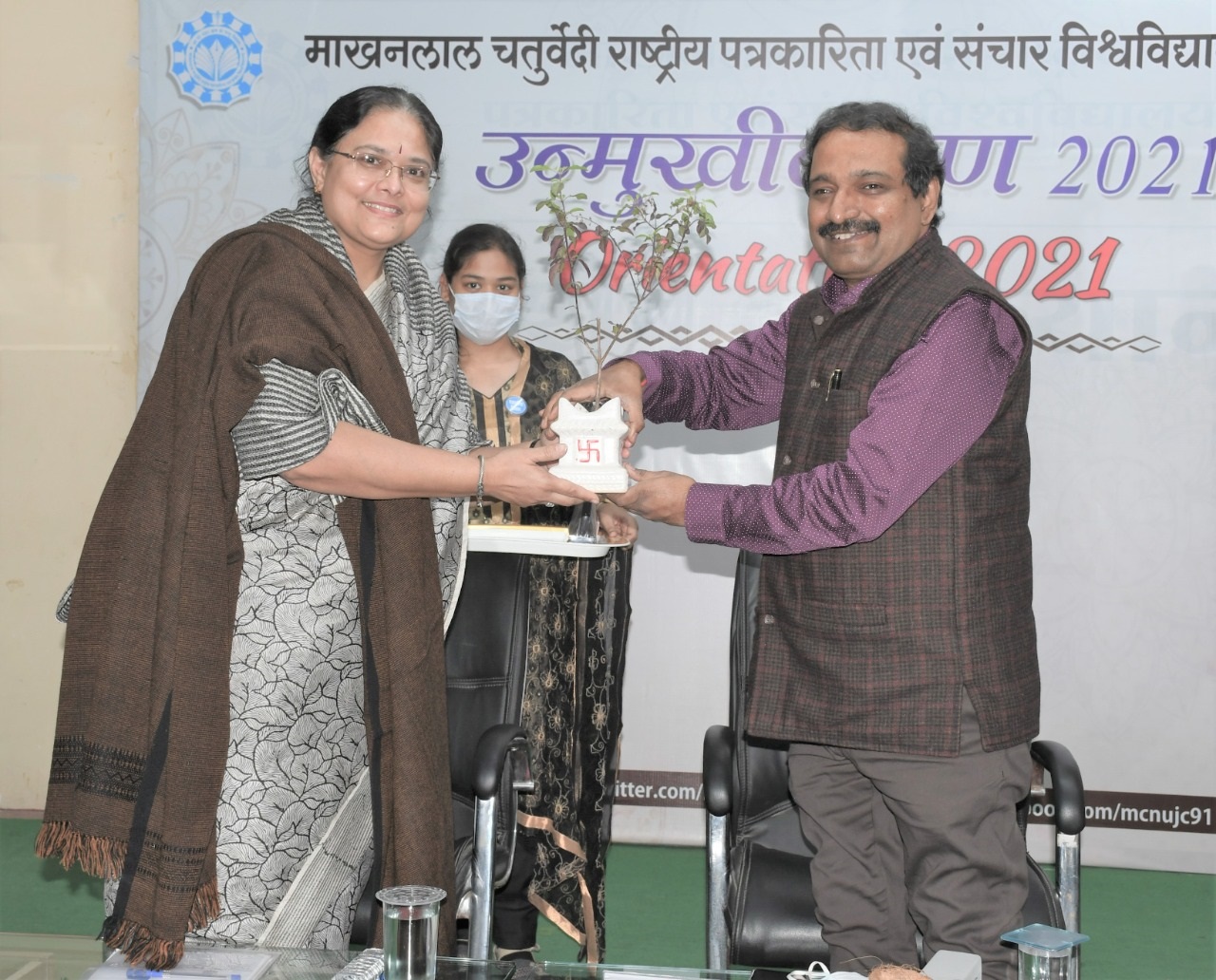 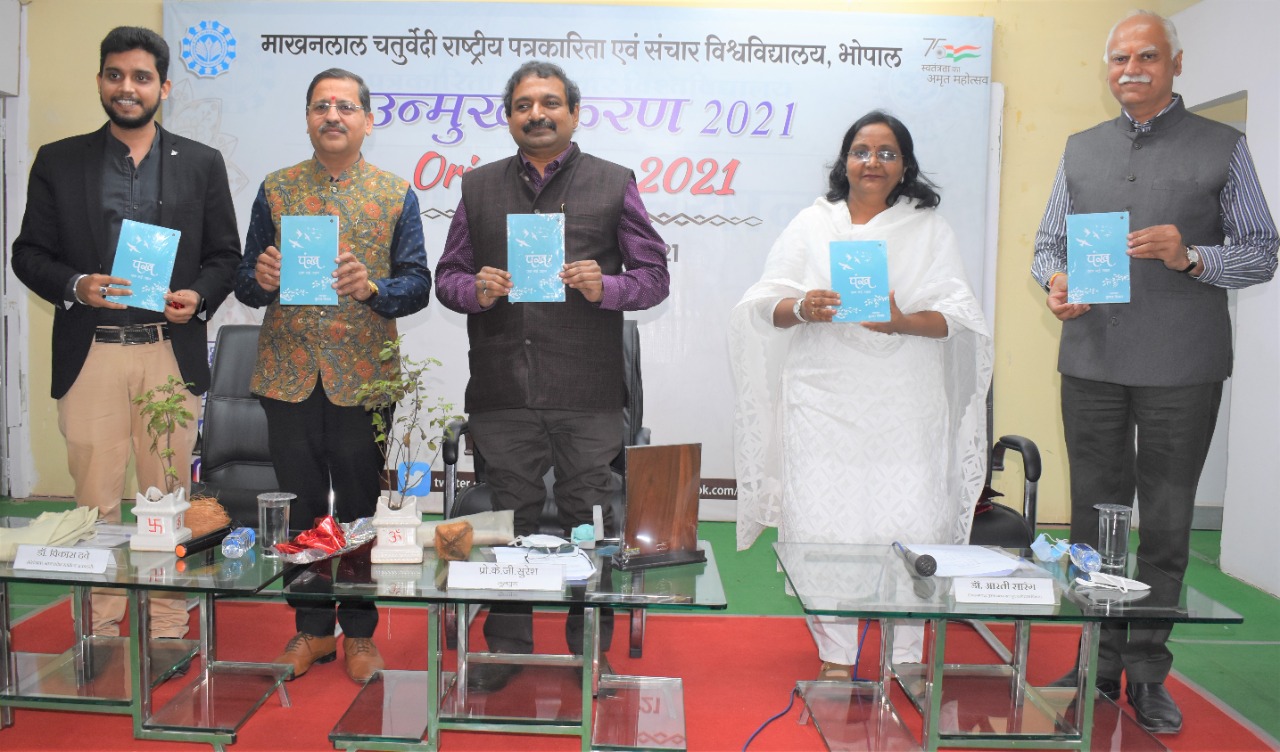 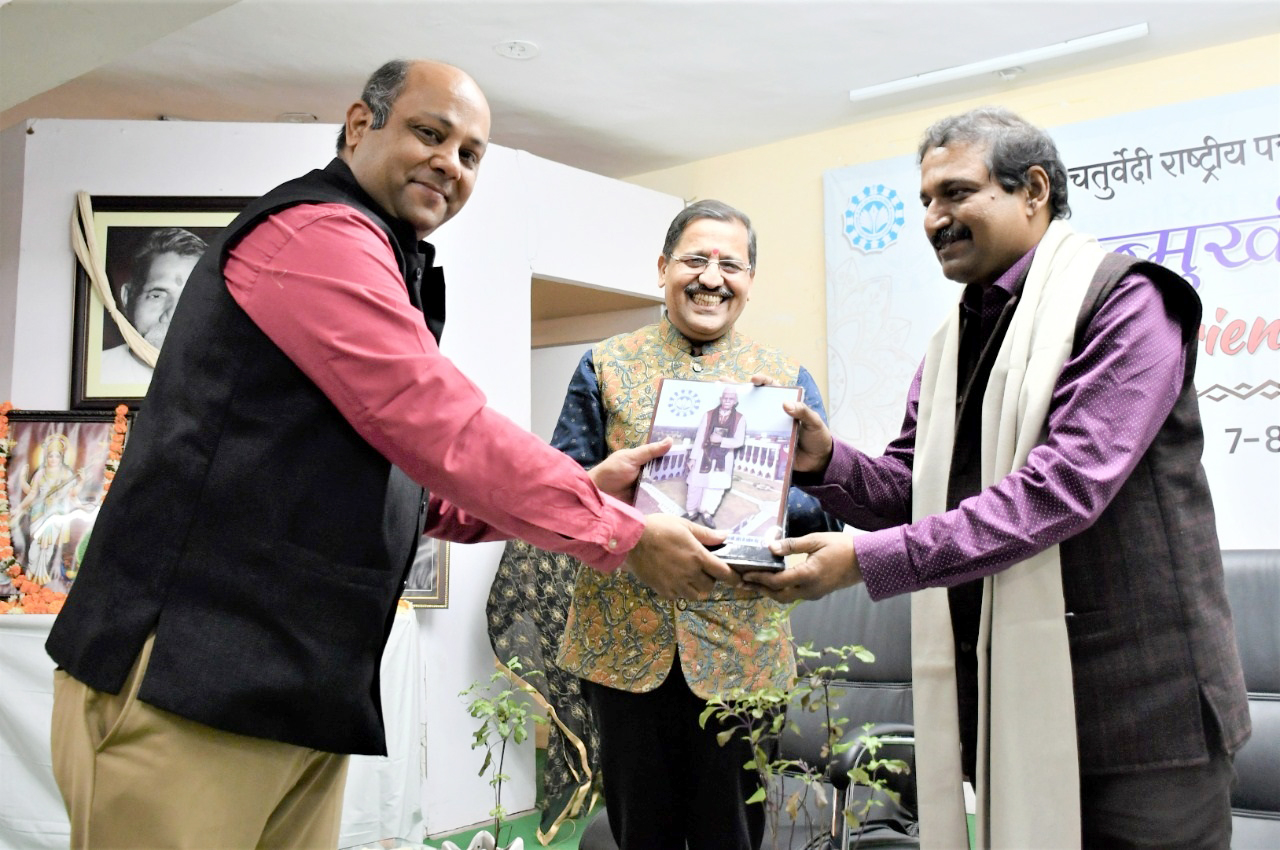 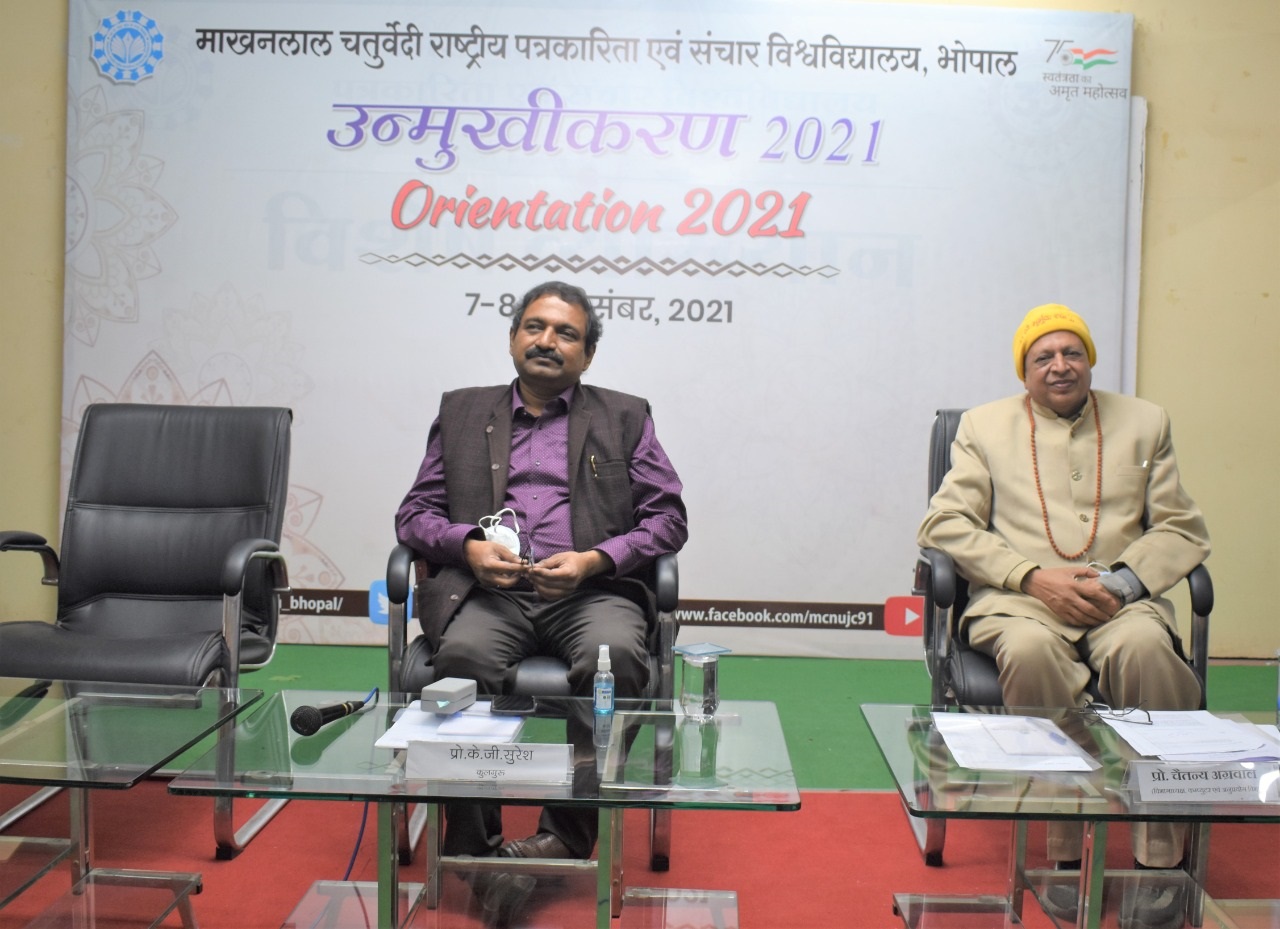 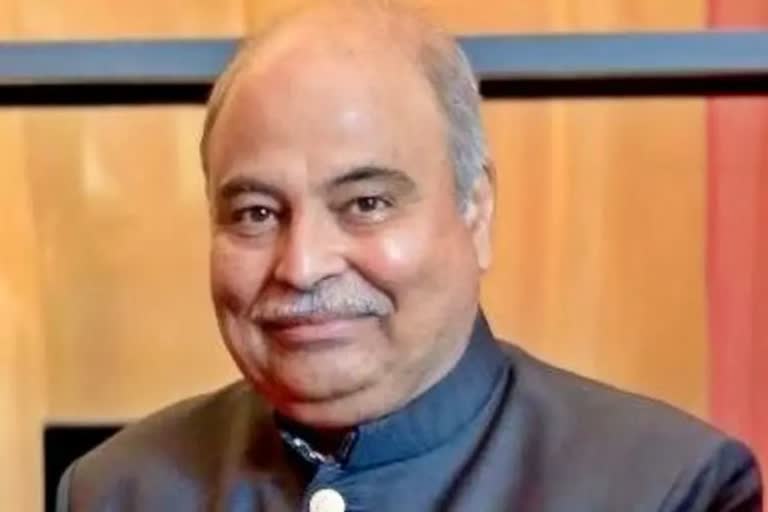 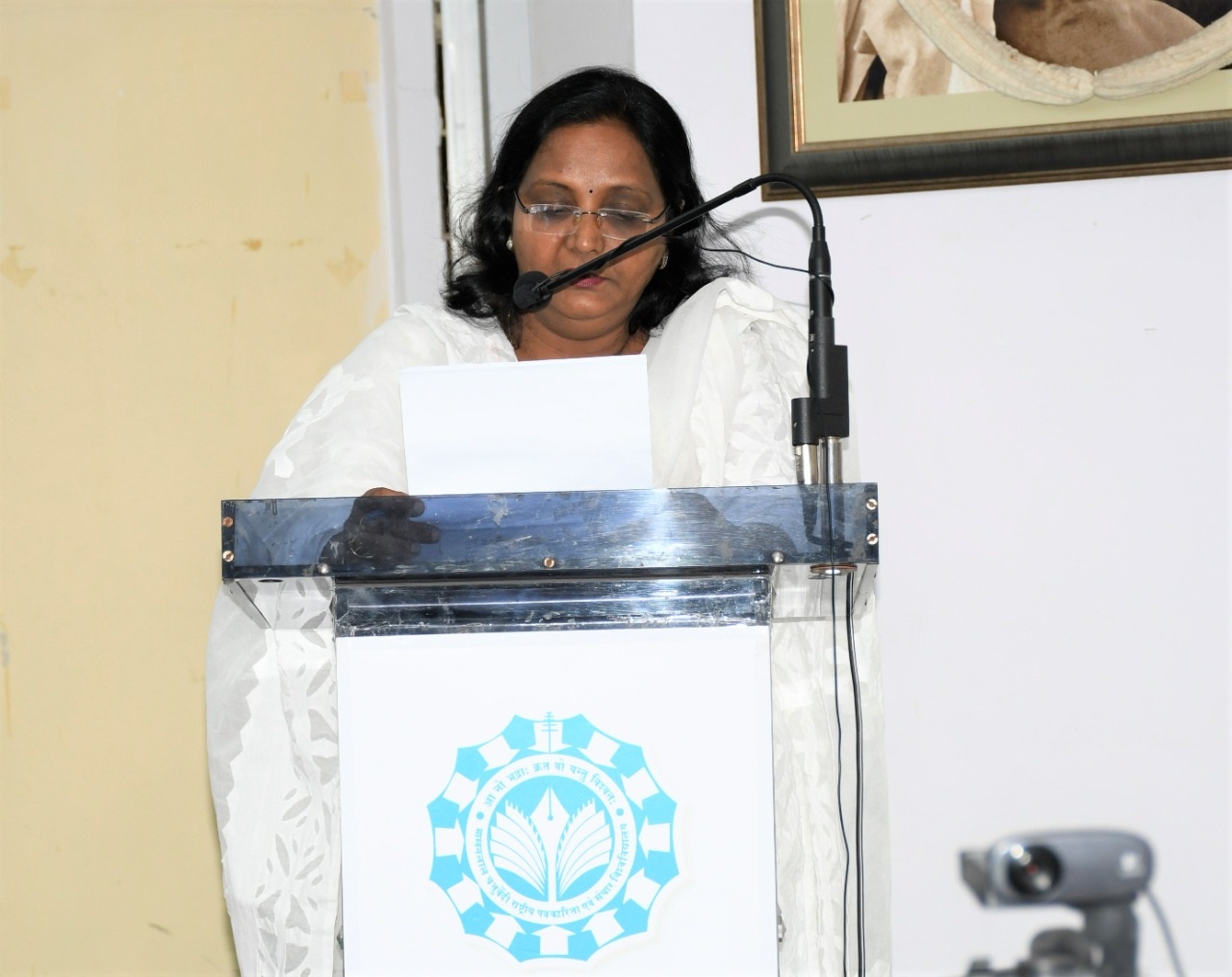 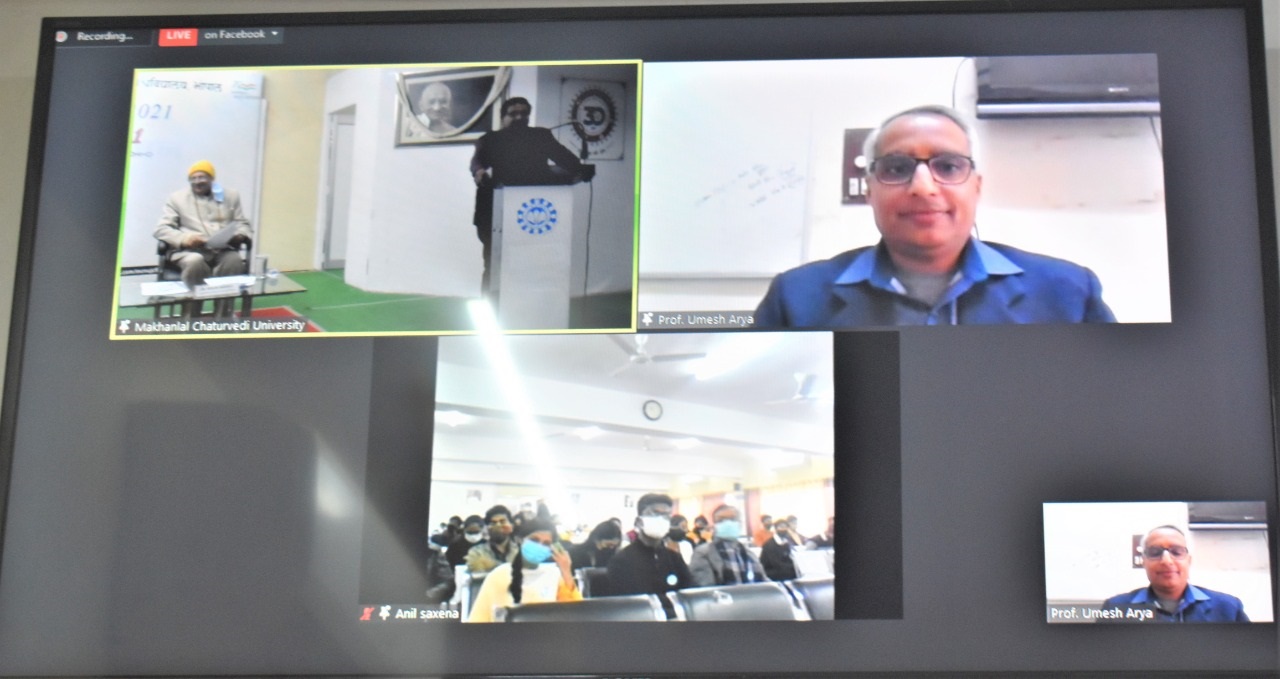 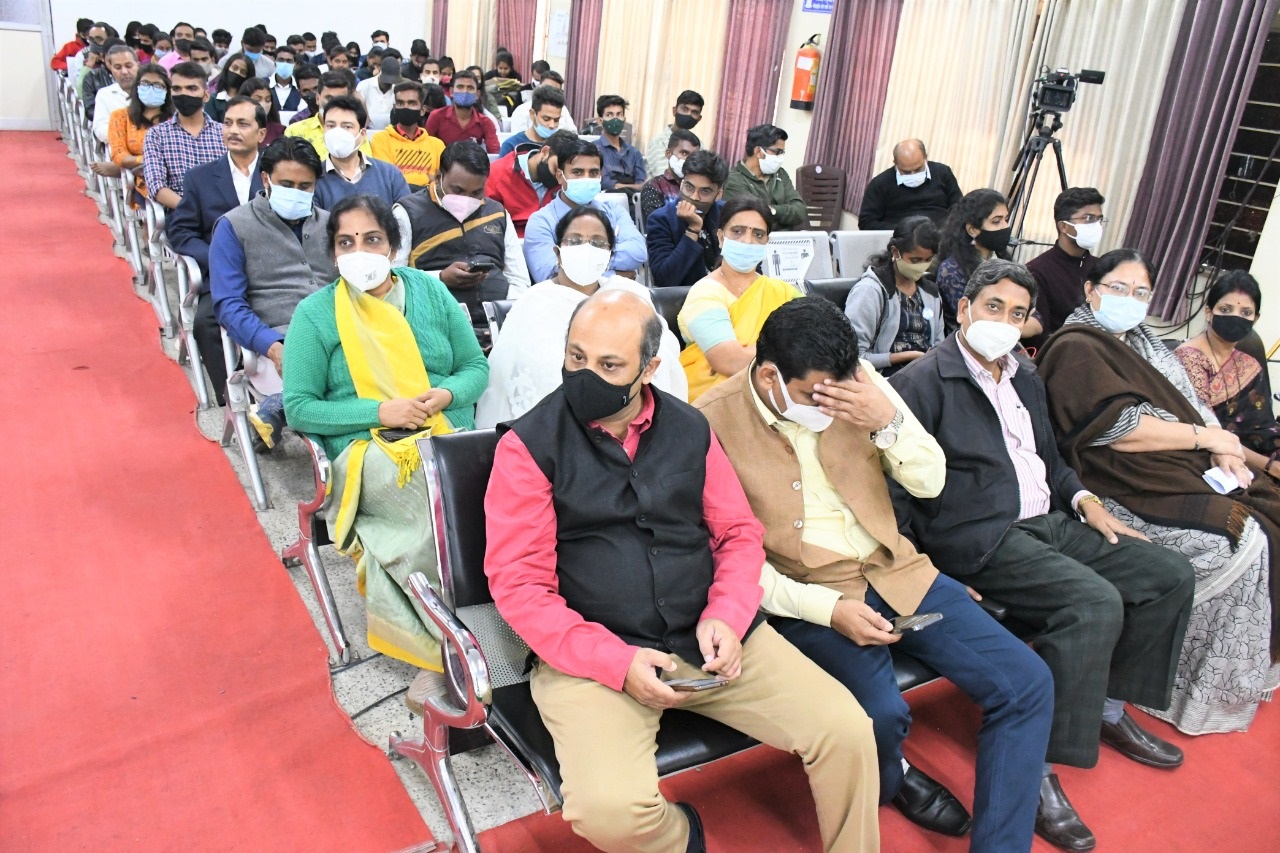